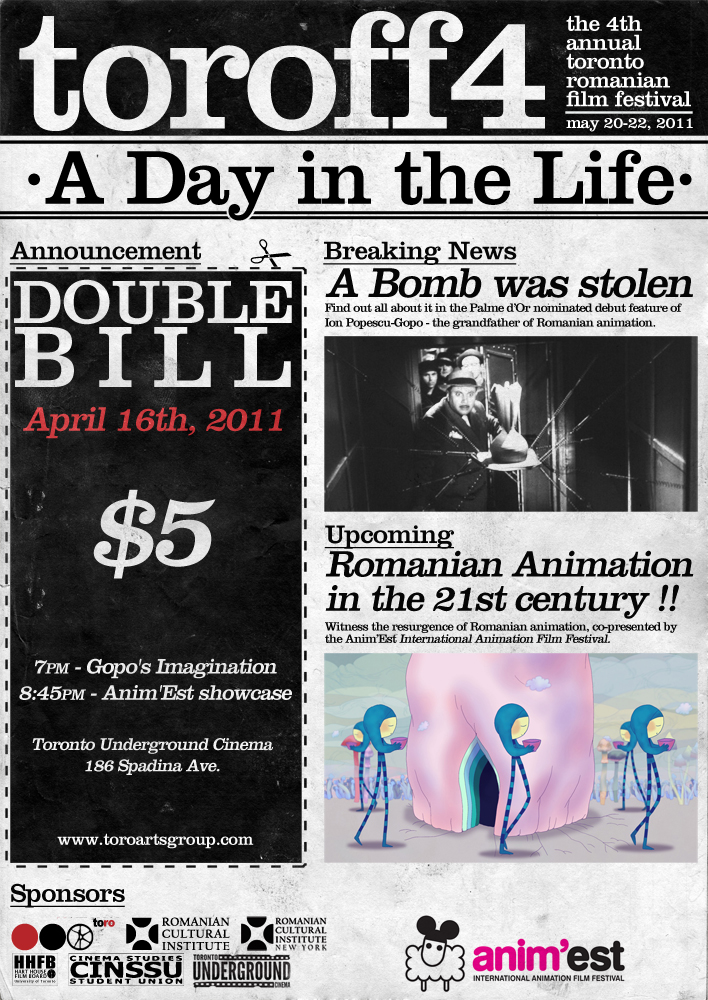 Every newspaper has a comic strip section, so we believe it to be fitting that as we near the 4th edition of the Toronto-Romanian Film Festival we take a look at Romanian animation. This is not, however, your average Saturday morning cartoon line-up! So come and join us on the evening of Saturday, April 16th, at the Toronto Underground Cinema as we kick off the ToRo Fest season.

It is a little known fact that Romania first took home the Palme d’Or at Cannes in 1957, for an ingenious animated film titled “A Short History / O Scurta Istorie.” Its director, Ion Popescu-Gopo, would go on to direct numerous live-action and animated films and become a staple figure in Romania’s animation industry.

Unfortunately, the long tradition and history of Romanian animation that started with Gopo would stagnate and ultimately decline soon after the fall of Communism. In the new millennium, however, animations are making a comeback, not least due to Romania’s most important international animation film festival, Anim’Est.

As the 4th edition of the Toronto-Romanian Film Festival is approaching, this double-bill will look back at the work of the father of Romanian animation, as well as forward, at his successors.

The screening will be held on Saturday, April 16th at 7 pm, at the Toronto Underground Cinema (http://torontoundergroundcinema.com), located at 186 Spadina Avenue between Dundas and Queen West.

Tickets are $5 and will be available for purchase at the door before the screening.

We look forward to seeing everyone on the 16th!