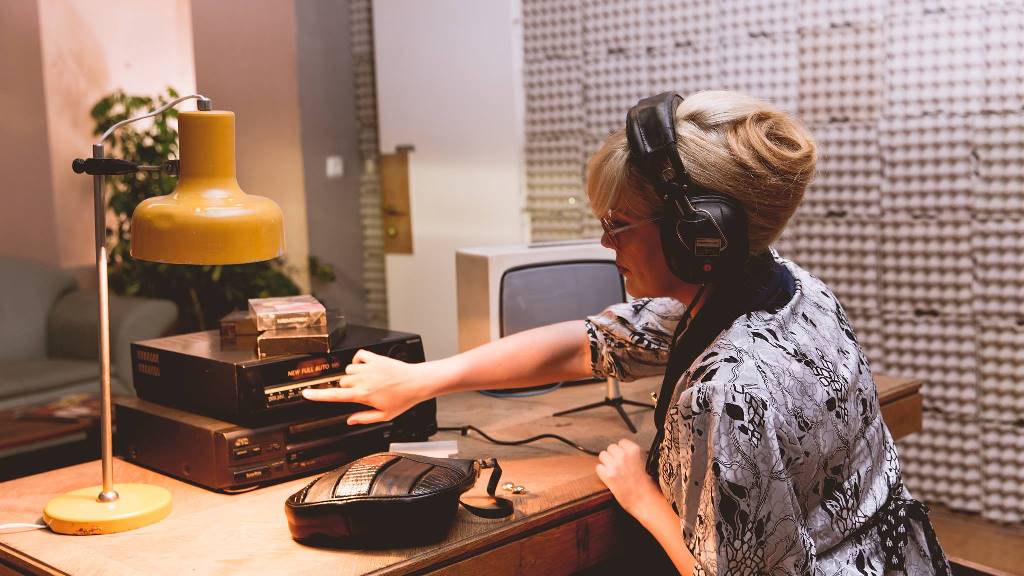 In the 1980s, ordinary citizens in communist Romania risked arrest and imprisonment to screen Hollywood blockbusters. Chuck Norris vs Communism uses hilarious film clips and beautifully staged re-enactments to bring to life the stories of these Stallone-loving, dictatorship-toppling movie fans. You’ll meet the young translator who secretly dubbed thousands of foreign films and became an unlikely voice of freedom around the country. You’ll encounter the enigmatic Mr. Zamfir, who ran a tape smuggling network that reached into the highest ranks of the Ceau?escu regime. Best of all, you’ll hear the rollicking tales of the countless Romanians whose hopes were lifted by musclebound heroes flying across their televisions. In the skillful hands of director Ilinca Calugareanu, Rocky and Rambo become the unlikely tribunes of an Eastern European revolution. A humble VCR becomes a potent symbol of cinema’s power to change how we see the world. By Will Di Novi.

We are giving away free passes for the April 27 and 30 screening! Enter the contest by April 22: