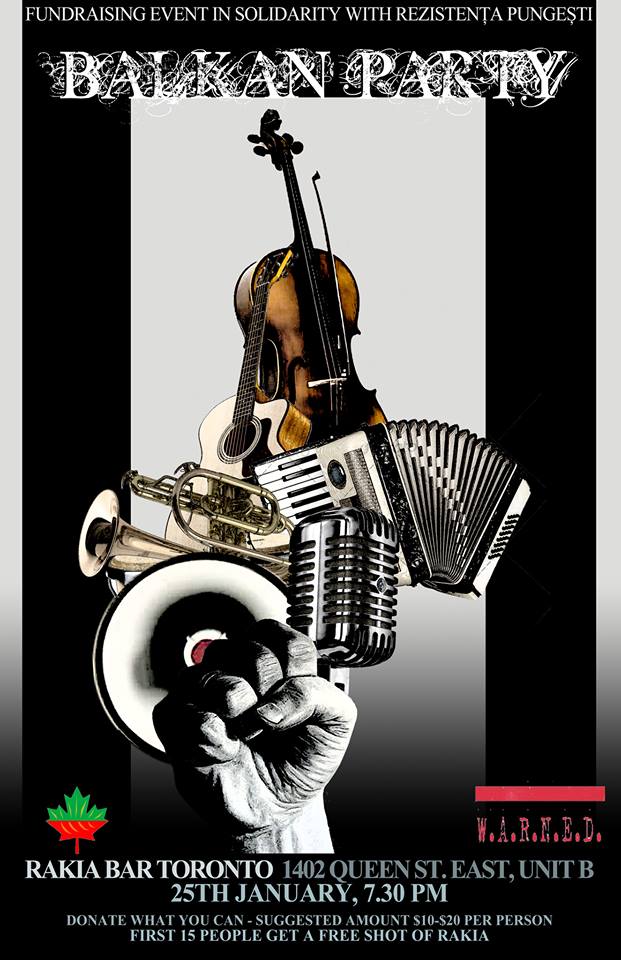 The W.A.R.N.E.D group and Canada Save Rosia invite you to a night of great Balkan music, food and drinks to show our solidarity with Rezistența Pungești, an activist group based in Romania opposing the US shale gas exploration led by Chevron.

Pungești is located in the North-East part of Romania, in Vaslui county. Since October 2013, villagers of Pungești have been camping outside, in a sign of protest against Chevron’s explorative operations. Although Chevron permits have been challenged in institutional courts, the US giant has been long intended to start its drilling in the area, despite villagers’ opposition. Several weeks ago, on December 2 2013, Romanian riot police stepped in and tried to remove by force the protestors camped on sites, in order to clear the way out for Chevron. People of Pungești have been arrested, beaten and evicted of their private property, only because they are opposing Chevron fracking wells on their land. The police occupation is still going on. People ended up with criminal records and enormous fines to pay. We hope the money raised through our event will ease out the burden of the fines and will further support villagers’ resistance efforts.