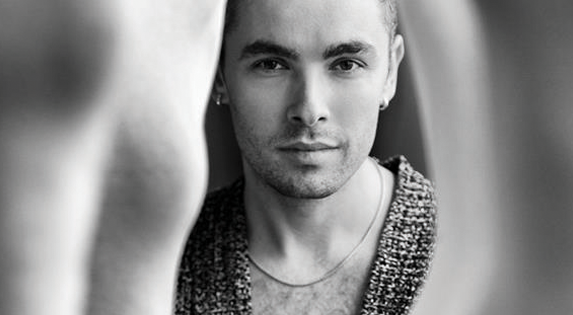 Romanian-born fashion designer Lucian Matis grew up in his mother’s tailor shop and began designing at a very early age, with his first customers being his schoolteachers.

Prior to moving to Canada in 1999, Matis studied art and completed a specialization in painting and graphics at the Sibiu Art Institute in Transylvania. In 2000, Matis continued his education in the Fashion Design program at Ryerson University where his talent was very quickly noticed. Along with being granted an early graduation in 2003, he also received multiple awards including: The Fur Council of Canada Award (2002), Le Chateau’s Menswear Competition (2002), People’s Choice Award for Best Sketch (2002), Semi-finalist for the International Young Designer Competition (2002) and Alfred Sung Award for great design talent (2003).

Lucian’s first professional collection was presented at L’Oreal Fashion Week’s Fall/Winter 2007 shows, and was received with great accolades and praise from the Canadian industry.

Matis has gone on to secure an unmatched presence in television, online and print media. He was requested for a special guest appearance on the season finale of the highly rated Canada’s Next Top Model where his collection was featured in the its entirety. Matis was also invited to participate on the first season of Slice network’s hit reality TV show, Project Runway Canada where he gained a vast fan base across the country, and took a contentious second place. In addition, Matis has been featured in several in-depth profiles on FASHION TELEVISION, and has done regular on-air runway reports on his collections for Etalk, Entertainment Tonight Canada, Breakfast Television, CityLine, Marilyn Dennis, Global Television, CBC World News, and CP24.