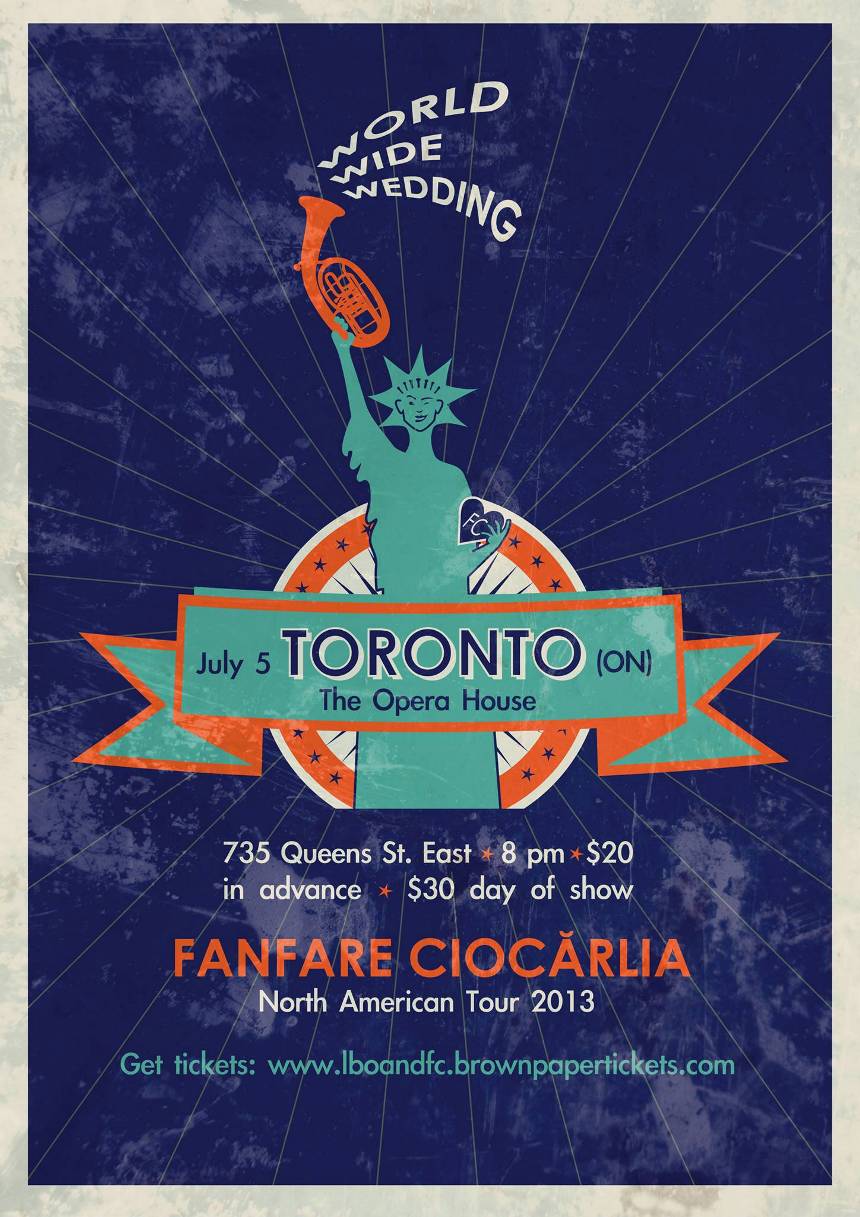 The Gypsy brass legends from the wild East are headed to North America for a Summer tour! Toronto’s favourite Balkan-Klezmer-Gypsy-Party-Punk Super Band, the LEMON BUCKET ORKESTRA – hot off their second sold-out show at Lee’s Palace in as many months – will once again host the Romanian sensations FANFARE CIOCARLIA in an electrifying double bill that will bring the red-hot phenomenon of Balkan music to the next level in Toronto.

Hailing from the remote Romanian village of Zece Prajini, FANFARE CIOCARLIA have been dubbed one of the world’s greatest live bands, their energy and ingenuity having won them fans from Melbourne to Memphis, Tokyo to Toulouse. Having learnt their craft at the feet of their fathers and grandfathers Fanfare’s members proudly approach every concert as a challenge to both entertain audiences and keep the true spirit of Gypsy music alive.

The last several Lemon Bucket Orkestra shows have been sellouts. It is highly likely that this show will also sell out and we strongly encourage you to buy your tickets in advance to avoid disappointment. Get them here: