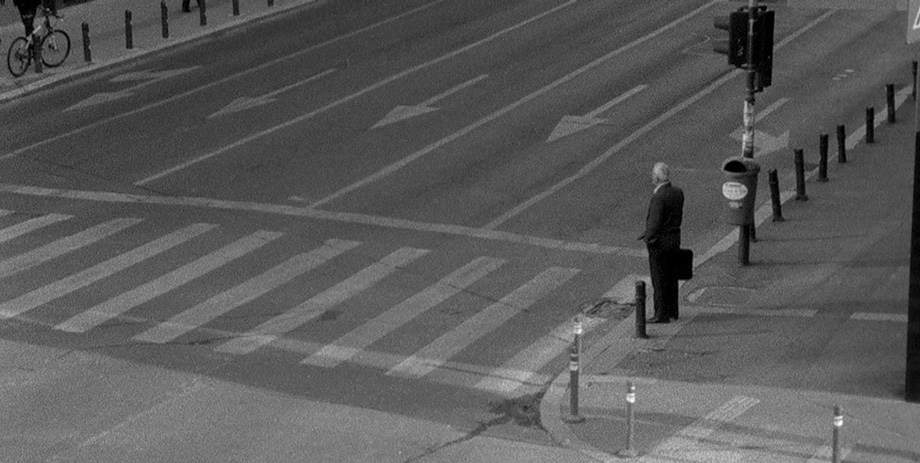 Taking its title from a short text by Michel Foucault, this innovative portrait of internationally acclaimed Romanian author Norman Manea provocatively explores the interplay and interstices between public persona, the act of creation, lived experience and representation.

“In the end, the only real homeland, the only ground upon which we can walk, the only house where we can stop and take shelter, is language itself, the language we learned from childhood.” — Michel Foucault

A film of haunting, complex beauty and contemporary resonance, René Frölke’s portrait of internationally celebrated, Bucovina-born author Norman Manea — who survived the Nazi concentration camps and subsequently emigrated to the West from Ceausescu’s Romania in 1986 — is a rich and deeply moving essay about exile, language, and the weight of history in an increasingly amnesiac world. Recounting Manea’s eventful biography in fragments as it chronicles the author making the rounds of literary festivals and seminars, Le beau danger provocatively explores the interplay and interstices between public persona, the act of creation, lived experience, and representation. Physically embedding one of Manea’s short stories in the film via intertitles, Frölke compels the viewer to read the author with their own inner voice, adding yet another disjuncture to Manea’s already split existence: between pre- and postwar, Communism and democracy, text and body.

Mixing colour digital images with febrile black-and-white 16mm footage, Le beau danger borrows its title from a published encounter between Michel Foucault and art critic Claude Bonnefoy, in which the former movingly exposes the writer-thinker’s vulnerability and isolation, locating in language the sole source of rootedness in an endlessly mutable world. Grappling with the question of how to narrate the biography of an artist whose work is largely autobiographical while dissecting the ironies of our consumption of culture, Frölke invites us to consider the act of reading as an act of presence, an assertion of being at a time when the mass media has become disturbingly unsympathetic to contemporary existence — and to memory itself.

Norman Manea is a Jewish Romanian writer and author of short fiction, novels, and essays about the Holocaust, daily life in a communist state, and exile. He lives in the United States, where he is the Francis Flournoy Professor of European Culture and writer in residence at Bard College. Manea’s most acclaimed book, The Hooligan’s Return (2003), is an original novelistic memoir, encompassing a period of almost 80 years, from the pre-war period, through the Second World War, the communist and post-communist years to the present. Manea has been known and praised as an international important writer since early 1990s, and his works have been translated into more than 20 languages. He has received more than 20 awards and honors. (http://www.normanmanea.com/)

More information at www.tiff.net/festivals/thefestival or 416.599.TIFF