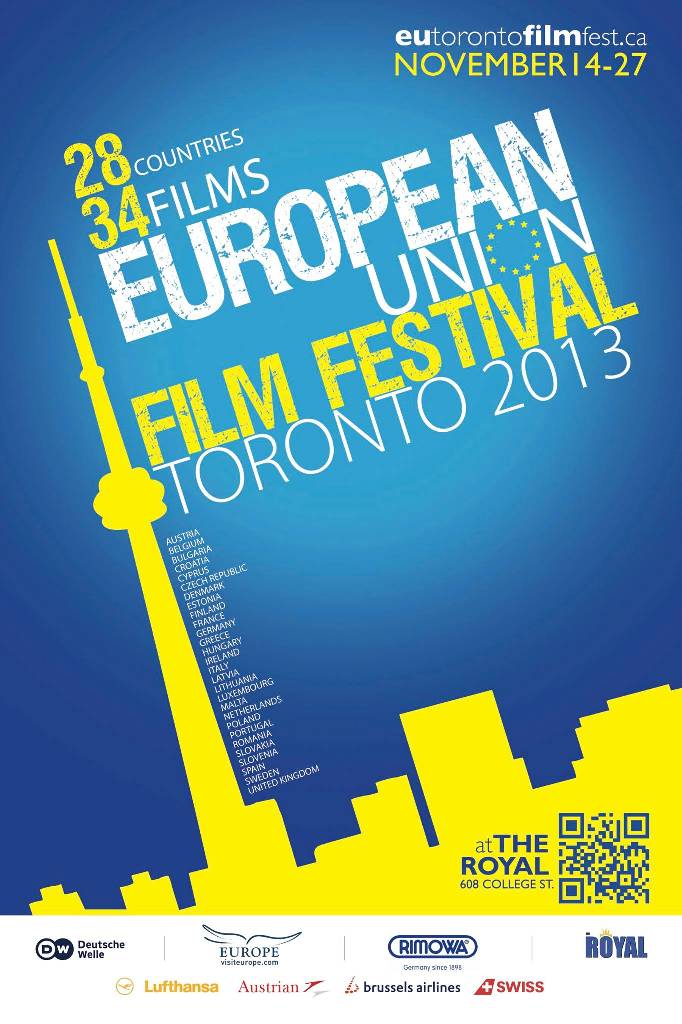 In an industrial neighborhood, three friends drink away their cares. Lionel is an engineer who left his country a long ago, but returned because of the economic crisis. Kiril is a bootlegger and Volodea, a plumber. When police raid the pub, the three leave and discover a Gypsy camp where they dare to have their future told. They laugh when an old Gypsy tells them their exact time of death. On the fateful day, the stakes could not be higher; will the Grim Reaper be as merciless as foreseen?

The European Union Film Festival is a unique cultural collaboration of EU Consulates and Cultural Institutes in Toronto. Celebrating cinematic excellence with national and international award-winning Films, the Festival will be held exclusively at The Royal Cinema from November 14 – 27, 2013.

Now in its 9th year, the official European Union Film Festival (EUFF) strives to reflect the excellence, innovation, and diversity of European cinema in Toronto, the world’s most multicultural city. Founded in 2004 as a salve to Hollywood monotony, this free festival showcases 28 contemporary films drawn from each of the EU’s member countries. EUFF is a unique festival and the only one in the world to bring together disparate EU Consulates and local cultural institutes for collaboration.