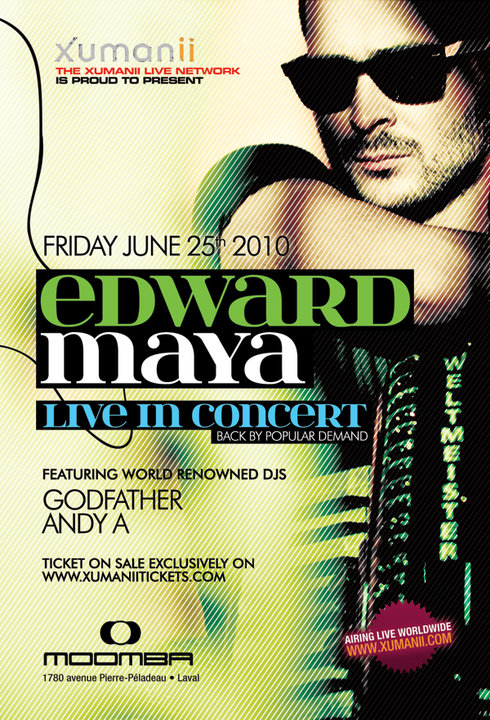 Romanian superstar Edward Maya is set for summer success with the release of his UK debut single “Stereo Love”!

Although a relatively new face in the UK, Edward Maya is a global phenomenon beating off artists such as Lady Gaga scoring a massive youtube hit with his new single “Stereo Love”.

Even more impressive is the fact that this is Maya’s first release as an artist, “Stereo Love” hit No 2 on the Romanian charts and has spent 6 weeks in the European Billboard Top 5, peaking at No 2. The song continues to average 2.5 million views per week on YouTube.

Edward Maya is the complete musical package with credits as a producer, performer, composer and musician, and formal training at “George Enescu” music High School in Bucharest.

Maya spent much of 2009 on a worldwide tour in support of his incredibly successful “Stereo love,” and is currently back in the studio working on new projects as both a producer and artist while completing his final year as a student at the National University of Music in Bucharest.

Watch it live at