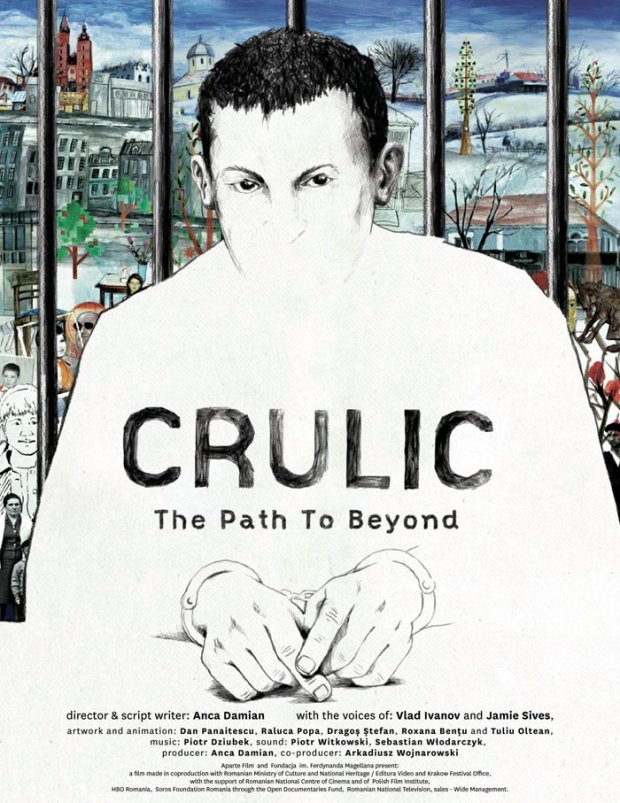 Ekran Polish Film Festival is screening a film by the Romanian director Anca Damian, followed by Q&A with the film’s producer, Arkadiusz Wojnarowski.

Synopsis
Anca Damian’s feature film is a Romanian-Polish production that tells the true story of Claudiu Crulica, a Romanian citizen who was arrested in Poland on unclear grounds for the theft of a wallet. Held in a Cracow prison, and after unsuccessfully protesting his innocence through official channels, Crulic went on a four-month long hunger strike that eventually cost him his life. Damian’s documentary tells his story exclusively through animation, which proves an effective means of signalling the real-life absence of its main subject. Winner of a number of film
awards, including the IFFS Don Quixote Award (2011) and the Special Jury Prize at the 2011 Warsaw Film Festival.