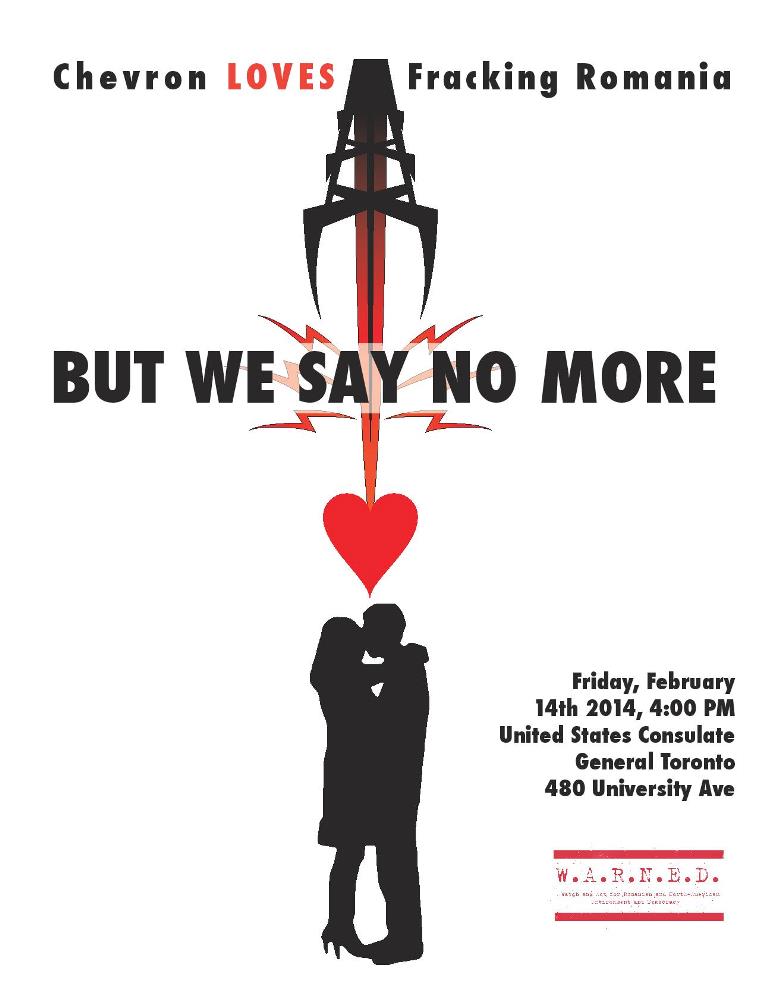 A protest against United States (US) Global Shale Gas Initiative and its supported Romanian deal with Chevron.

The US has been the proponent of the so called “shale gas revolution”, a state initiative launched in 2010. Translated into plain language, this means that US is trying to boost its economy on the back of others, less – developed countries, by supporting its own companies in conducting shale gas explorations abroad.

Wrapped under the overt foreign investment terminology, such shale gas explorations are carried out with no consideration of the inherent impacts on overseas countries and more so, without any consultations with local communities feeling their negative environmental effects.

So is the case of Pungești, a remote Romanian village, located in the North-East part of the country, in Vaslui county. Since October 2013, Romanian villagers of Pungești have been camping outside, in a sign of protest against the explorative operations lead by the US based company, Chevron. Although Chevron permits seem to be challenged in institutional courts, the US giant has been long intended to start its drilling in the area, despite villagers’ opposition. Over one month ago, in December 2013, Romanian riot police stepped in and tried to remove by force the protestors camped on sites, in order to clear the way out for Chevron. People of Pungești have been arrested, beaten and evicted of their private property, only because they are opposing Chevron fracking wells on their land.

Come joins us in showing our solidarity with the Romanian people from Pungești while we express our concerns with the US privately supported diplomacy efforts for Chevron.