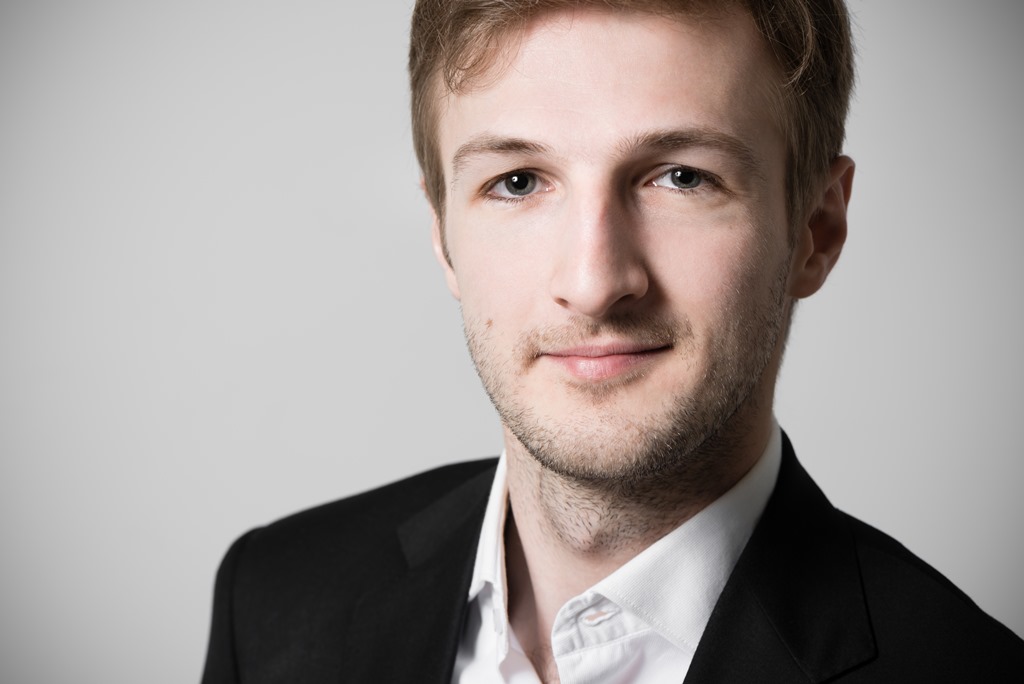 Board Chair of the Kitchener-Waterloo Symphony, Catherine Copp, is pleased to announce the four-year appointment of Andrei Feher as the new Music Director, effective August 2018. Since the announcement in October 2015 that current Music Director Edwin Outwater’s tenure would finish at the end of the 2016/17 Season, the Search Committee has been working to find a suitable successor. Feher, chosen after a thorough 18-month long search, was noted for his conducting prowess and musicianship, as well his imaginative approach to performance, repertoire and community connection.

Copp commented, “Andrei impressed us throughout the entire search process. After his appearance on the podium, we brought him back for a deep dive within our community – meeting technology sector leaders, attending social occasions and an interview with the Committee. In the end it was a unanimous decision by the Committee and the KWS Board.”

Larry Larson, KWS Principal Trumpet and member of the Search Committee said of the appointment, “Andrei created such a wonderful energy and buzz during his time with us in November – a buzz which is still being felt by members of the orchestra as we remember his debut with us. He has the right enthusiasm and vision to see the KWS continue to grow and thrive as the jewel of the community that we are. I look forward to many wonderful years of music-making with Andrei as we begin this exciting new relationship.”

Born in Romania to a family of musicians, Andrei Feher began his musical education as a violinist in his hometown Satu Mare before continuing his studies at the Montreal Conservatoire when his parents relocated to Canada. In 2011, he began training as a conductor and, at only 22 years old, became the youngest assistant at the Québec Symphony Orchestra under the guidance of Fabien Gabel. In 2013 he worked with Yannick Nézet-Séguin, Music Director of the Orchestre Métropolitan in Montreal, and in September 2014, Feher joined the Orchestre de Paris for a 2-year term as Assistant Conductor to its Music Director, Paavo Järvi. He made his debut with the KWS in November 2016 on the Signature Series concert Debuts & Bijoux and was extremely well received by musicians and audiences alike.

As Music Director, Feher will be responsible for the Kitchener-Waterloo Symphony’s overall artistic leadership including programming and artistic direction.

“I am pleased and honoured to accept this position,” commented Andrei. “Having studied with Raffi Armenian, I feel a particular connection with the richness and history of the KWS. From my first contact with the Orchestra, I felt welcomed as if we already knew each other, as if I were part of the family. I believe that our future together will bring richly emotional experiences.”

“I’m thrilled to hear of Andrei Feher’s appointment,” commented current Music Director Edwin Outwater. “I met him recently in Paris and know he’ll be a great fit for the orchestra. I believe he will lead them with great musicianship, creativity and integrity. It’s clear that the KWS is confident in what it wants as an orchestra going forward, and I’m glad there will be such a solid and quick transition in artistic leadership.”

For the upcoming 2017/18 Season, beginning in September 2017, Feher will serve as the Music Director Designate. Already slated to conduct the performances of Ode to Joy in May 2018, he will also take the podium in 2017 for the November’s performances of Glorious Brahms featuring alto Krisztina Szabó and the Estonian National Male Choir.

Currently residing in Paris, Feher will relocate to Montreal in the coming year, and will reside in Kitchener-Waterloo during the season as he fulfills his duties as Music Director.

To download the press kit associated with this release, visit kwsymphony.ca/media. For enquiries or to arrange interviews, please email khueber@kwsymphony.on.ca.